Motherwell Bridge Industries, the mechanical and electrical engineering services company, has reached a major milestone with the installation of the 200th port container crane for leading Finnish crane builder Konecranes.

Konecranes is a world-leading designer and manufacturer of sophisticated lifting equipment, serving a broad range of customers, including manufacturing and process industries, shipyards, ports and terminals, for more than 80 years. With 600 locations in 50 countries, Konecranes has the largest and most extensive service network in the industry.

The 200th Konecranes container crane was erected in Semarang, a major port on the north coast of Java, Indonesia, late last month. It is the seventh crane to be completed of 11 Konecranes rubber-tyred gantry cranes (RTGs) which Motherwell Bridge Industries will install at this port by the end of April.

Motherwell Bridge Industries is currently completing the installation of a total of 25 Konecranes container cranes at major terminals in Asia, Europe, and West Africa, including 10 Konecranes electric RTGs at a rapidly developing port in Togo by mid-March. Four Konecranes RTGs were completed in Valencia, Spain, in January.

This is the first time Motherwell Bridge Industries has managed projects on three continents simultaneously in its 10-year relationship with Konecranes. With the completion of this set of cranes, Motherwell Bridge Industries will have installed 205 Konecranes container cranes at major container ports in Europe, the Middle East and West Africa, including 50 at Malta Freeport Terminals.

The Indonesia commission is a significant development for Motherwell Bridge Industries as it is the company’s first ever project in Asia. It is not a newcomer to the other locations – the company installed a collection of Konecranes container cranes including 12 RTGs in Togo last November, and 48 automated stacking cranes and 51 RTGs in Spain since 2006.

“Throughout our long-standing relationship with Konecranes, our teams of engineers and technicians have worked diligently and consistently to deliver projects to high standards. Motherwell Bridge Industries is immensely proud to be entrusted by Konecranes to install equipment at strategically important ports around the world,” Managing Director Tony Mallia said. 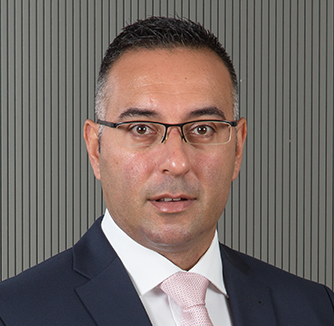